For several months now, a small team of volunteers has been training some 40 students in the Dzaleka refugee camp in Malawi. The aim of this mission is to give them at least two years of training.

Situation of the Dzalezka refugees

Malawi is one of the five poorest countries in the world according to the IMF, but despite this it hosts a large number of internal refugees from the immense continent of Africa. An hour’s drive from the capital Lilongwe, the UNHCR runs the huge Dzaleka camp. More than 40,000 people are crammed into mud houses with very basic comforts, without water or electricity of course. The population comes mainly from Rwanda, Burundi, Eastern Congo, but also more recently from Mozambique where a guerrilla war has just broken out. Some of them have been there for almost 30 years and have made children who have made children.

Poverty and idleness are immense, particularly due to the Malawian government’s refusal to let them work. The refugees have no future except to return to their country at their own risk. The UNHCR does what it can to provide for basic needs and the Malawian government offers €5 per month per person to survive. Even the smallest health needs are often beyond the means of most people. 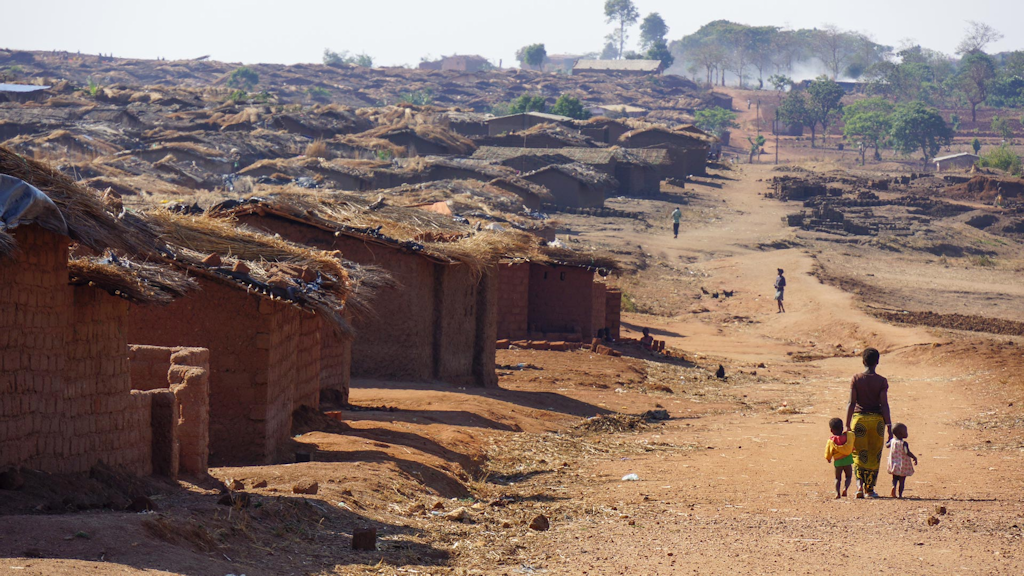 The advantages of Shiatsu

Shiatsu is a “poor man’s medicine”. You only need your fingers to do a lot. When you have nothing, it is already a lot. When you live on 5€ per month, the idea of being able to work with Shiatsu and earn 1€ per massage changes everything. You can double your financial contribution every month. In addition, touch is a way to build friendship and humanity beyond words. The people in the camp are sometimes former enemies. It is therefore also a tool for peace, as AIST does in Peru for example. With these two observations in mind, we decided to try the experience of teaching Shiatsu in a test class.

I couldn’t do all this alone, because it takes a lot of time and energy. So I got the support of my two wonderful students: Julia Lemmer and César Seigneurgens, who already have a little background in Shiatsu and come from Belgium. Julia is particularly enthusiastic and wanted to assist me during the classes. Ironically, she will be in charge of a whole class.

Julia and César introduced me to Fraternidades sem Fronteras, an incredibly dynamic Brazilian NGO that has very quickly built a huge Montessori school for young children, does permaculture, uses solar panels, has bought 16 hectares of fields to be self-sufficient in food for the canteen and the 200 or so people who have been working there recently. Every time we go to their house, a new building has sprung up from the ground. We are welcomed by Lilian and X who gave us their agreement after a presentation of Shiatsu.

We started with 40 adult students and spend 3 hours each week in two classes: one for French speakers and one for English speakers and those who speak neither, but Swahili. 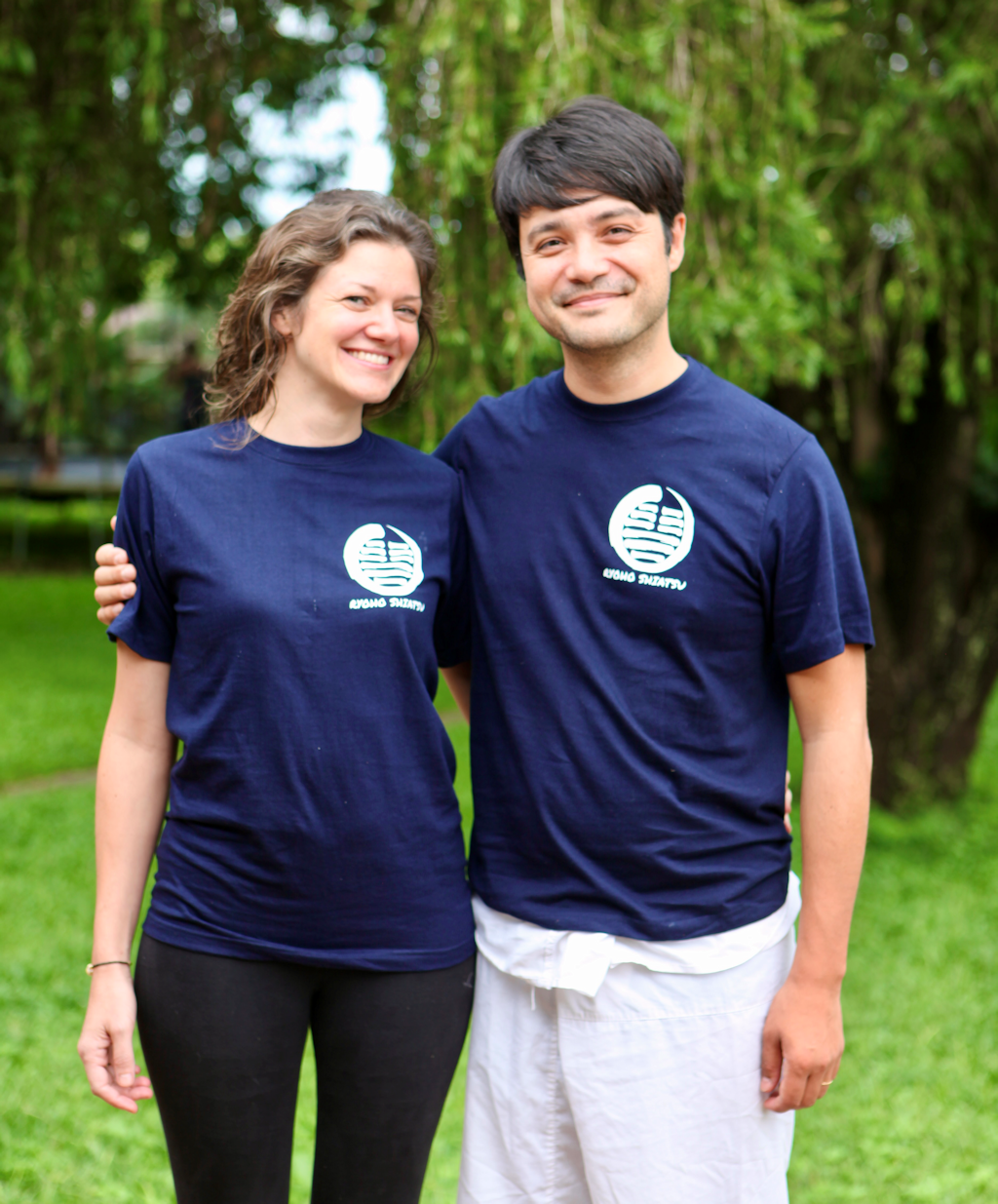 Teaching a Japanese technique to Africans by Europeans is a guaranteed culture shock. The classes are noisy, we laugh, we call each other names… It’s a challenge to keep calm. The women come to class with their small children and even a chicken. But above all, the bodies are marked by cultures (as everywhere in the world) and accidents due to the flight from their countries at war, things that we do not see in our usual patient base. But the students do their best to learn, like trying to sit in seiza at the beginning of the class to greet us.

Of course people come and go as they please, starting on time is almost impossible. But little by little, a skimming was done and a good twenty are more serious and stick to it, mostly women and a few men. At the last session, we went over the principles of pressure and they finally understood the importance of not forcing their muscles. As if by a miracle, silence set in. We managed to turn a corner. 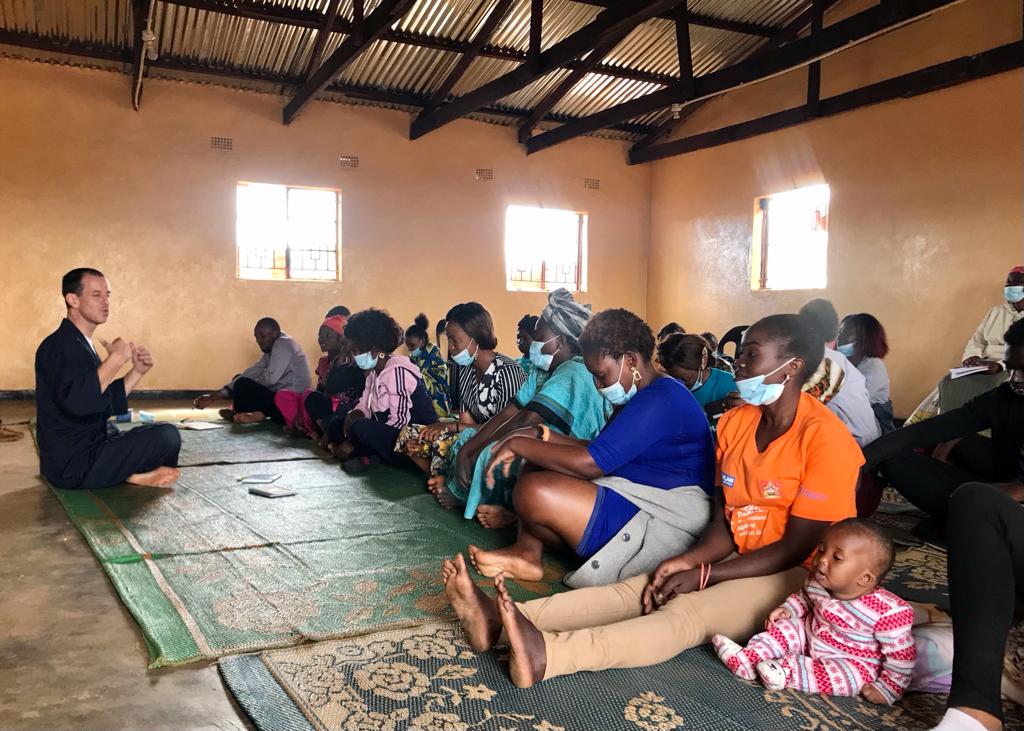 Julia and César will continue the training, as they have to stay in Malawi for another 3 years. This leaves some time to continue working and teaching. In addition, I intend to come from time to time and if possible with volunteer practitioners. So we can continue to develop Shiatsu in this camp until the other project (building a school near the capital) in Malawi is finished. We will keep you updated on the MSH Facebook page.

Thank you for your support.